CBSE releases notification regarding Pending Board Exams. Exams for 29 remaining Subjects of Class 10, 12 will be held

BITSAT 2020 registration date extended till 26 April; exam after May 24 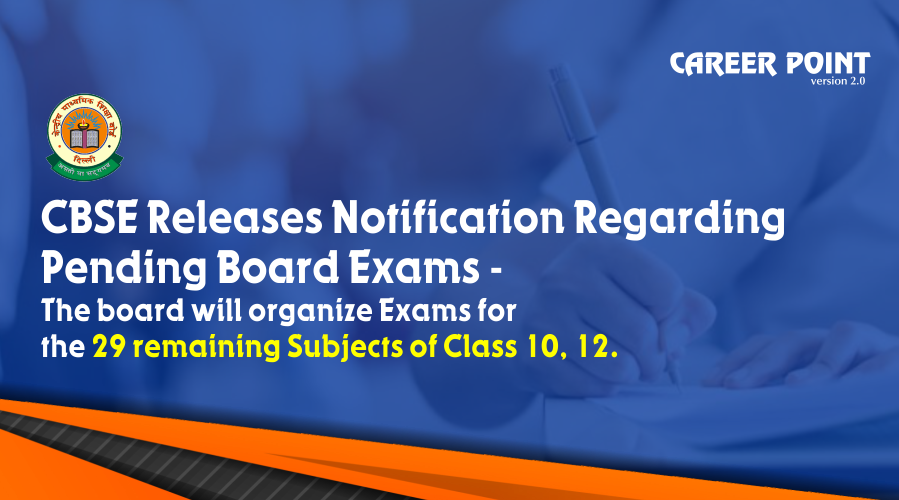 The Central Board of Secondary Education (CBSE) has published a press release today on April 29 that clears the fate of pending class 10 and class 12 board examinations.

Academic head of Career Point, Mr Shailendra Maheshwari said that the press release asserts that the CBSE has received several queries regarding the conduction of board examination. Therefore the board once again points out that the remaining examinations of Class X as stated in the Press Release dated 01.4.2020 will be held by the board.

Mr Maheshwari further said that the press release also asserts that the adequate time of 10 days will be given to all the candidates and other concerned ones before starting the exams. Thus no change is there in the position of holding board exams and the position remains the same as mentioned in the earlier Press Release that was released on April 1, 2020.

The current notification also says that the exams of all the 29 subjects of Class X and XII as it was mentioned in the Press Release dated April 1, 2020, will be organised after assessing the situation after the lock-down is over.

The Board posted a tweet on its official Twitter handle, which says that “Recently there has been a lot of speculation regarding 10th CBSE Board exams. It is reiterated that the board’s decision to take board exams for 29 subjects of class 10 and 12, stands the same as mentioned in circular dated 1.4.20.”

Mr Maheshwari suggests the students that during on-going lock-down students should not put a gap in their studies. They should keep revising and practice enough question on the board examination pattern for which they can use the most probable question bank and sample question papers designed by Career Point Kota these are:-

Additionally, they should utilize eCareerPoint Learning App and utilize the lock-down period to study from their home and boost their preparation for the entrance exams like NEET 2020, JEE Main 2020 and JEE Advanced 2020.